Land reform is a topic which is legal, political and emotional in nature. It is a topic which is relevant to all South Africans – not only those who currently own land but also for those who are looking to own land in the future. Foreigners who currently own or who are considering purchasing land in South Africa may also be affected by the path chosen by the South African government in their objective of reforming ownership of land. This article will briefly illustrate the legal developments surrounding land reform in South Africa.

In 1996, a land reform policy was formulated and adopted after the apartheid government had systematically excluded the black majority from land ownership and security of tenure. Three pillars, namely redistribution, restitution and tenure reform, currently underpin South Africa’s land reform policy. Each addresses distinct issues faced by many South Africans, yet contains its own set of challenges and limitations. This has led to the introduction of two new pieces of proposed legislation.

The Bill further seeks to control how foreign owners acquire and dispose of their agricultural land. Foreign owners will be required to give the Minister of Rural Development and Land Reform the right of first refusal. If the Minister declines to purchase the land the foreign owner may then transfer the land, but only to a South African citizen. Foreigners will no longer be able to acquire ownership over agricultural land but will be able to secure long leases.

The second piece of proposed legislation is the Expropriation Bill which, if and when accepted, will replace the current Expropriation Act which was promulgated in 1975. One of the controversial issues of expropriation concerns what is meant by compensation. The current Act states that expropriation may only be done for a public purpose and the meaning of compensation hinges on a willing-buyer-willing-seller model. The Bill seeks to bring the Act in line with the Constitution which states that expropriation may happen if it is in the public’s interest, which is a wider notion than for a public purpose. The Bill states that the meaning of compensation should be what is “just and equitable, reflecting an equitable balance between the public interest and the interests of the expropriated owner”. Arguments about expropriation without compensation and the amendment of the Constitution to allow for as much, have been considered by Parliament and have led to the creation of a Joint Constitutional Review Committee to examine the propositions.

What does this mean for current agricultural land owners and those looking to buy in the future? Despite the introduction of proposed legalisation the current legal landscape regarding agricultural land ownership remains largely unchanged. On 21 May 2018 the ANC National Executive Committee announced that it will not pursue amending the Constitution itself but will rather push forward with amending current legislation through the Expropriation Bill.

Neither of the Bills has been promulgated into law (become Acts), which only then will be binding on the public. It is not clear how long this will take and one cannot be certain as to how exactly the future legal landscape regarding land reform legislation will look like as provisions of the Bills may be added, amended or deleted.

Interested parties can help shape the future of land reform in South Africa as the public may voice their concerns regarding the proposed review of section 25 of the Constitution by delivering written submissions to the Joint Constitutional Review Committee before 15 June 2018. 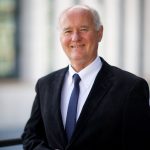