Weed, dagga, cannabis and dope have been some words buzzing around the legal and public spheres in the last few months. This flows from the highest court in the country making a landmark ruling, confirming the earlier ruling of the Western Cape High Court. On 18 September 2018 the Constitutional Court ordered the decriminalisation of the use of cannabis in a private space. South African adults can now possess, cultivate and use cannabis for personal consumption but may only legally do so in a private place such as one’s home. An adult may also not use it, even in a private space, in the presence of children or non-consenting adults. What exactly constitutes a private space is not clear as there is no legal definition available. It is however important to emphasise that cannabis cannot be used in public spaces.

Provisions of the Drugs and Drug Trafficking Act 40 of 1992 (the Act) were declared to infringe on people’s section 14 constitutional right, namely the right to privacy. An important difference between the ruling of the Western Cape High Court and the Constitutional Court is that the former declared provisions prohibiting the purchasing of cannabis constitutionally invalid however the latter did not confirm this finding. It is clear therefore that it is still illegal to purchase, and by implication sell, cannabis and one would therefore need to grow or ‘cultivate’ your supply solely for personal use.

Just how much one is legally allowed to grow for personal consumption is something which the courts left for Parliament to decide. The uncertainty created in the meantime means that one should exercise caution if growing or possessing cannabis, as the court warned that “the greater the amount of cannabis of which a person is in possession, the greater the possibility is that it is possessed for a purpose other than for personal consumption”.

The declaration of the invalidity of certain provisions of the Act has been suspended by the Constitutional Court for the next two years in order to enable Parliament to rectify the constitutional defects. This is does not mean however that cannabis cannot be used or cultivated in that two year period. In fact, the Court read in certain words and phrases into the Act to make it legal for an adult to cultivate, possess and use cannabis for personal consumption in a private space until Parliament cures the constitutional defects. The decriminalisation of cannabis, and the possible odd waft from your neighbour’s abode, is therefore here to stay. 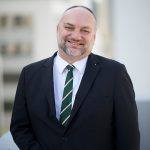