The beginning of a new year often brings with it decisions of a life-changing nature. Many couples and individuals will decide that this is the year to start a family. In South African law, major changes to parental leave were introduced to help working parents adjust to the demands of new additions to their families.

On 23 November 2018, the Labour Laws Amendment Act (“LLAA”) was signed into law by President Ramaphosa but it is not in force yet as a commencement date still has to be announced. It amends the Basic Conditions of Employment Act (BCEA), amongst other legislation.

Prior to the Act, there was no such thing as paternity leave for fathers in South African law. Fathers would use their “family responsibility” leave which was limited to a maximum of three days per one-year cycle. Fathers are now entitled to ten consecutive days’ paid parental leave after the birth of their child, as a result of the LLAA. Paid parental leave benefits will be paid by the Unemployment Insurance Fund (UIF). Employers have a discretion to provide employees with further parental benefits.

The LLAA introduced another novel concept in South African law, namely parental leave for commissioning parents. Prior to the LLAA, no provision was made for parental leave for commissioning parents in a surrogacy agreement. This led to the case of Mia v State Information Technology Agency (Pty) Ltd, where the employer was found to have unfairly discriminated against a male employee who had applied for maternity leave in terms of the employer’s maternity leave policy. The employee was in a same-sex civil union and it was agreed between him and his partner, after they had entered into a surrogacy agreement with a surrogate, that he would take on the role and responsibilities often associated with the birth mother. After applying to his employer for maternity leave benefits he was subsequently denied such benefits. His employer argued that such policy only covered female employees who had given birth. The Labour Court disagreed with the reasoning of the employer and stated that “there is no reason why an employee in the position of the applicant should not be entitled to maternity leave and equally no reason why such maternity leave should not be for the same duration as the maternity leave to which a natural mother is entitled”.

The LLAA now allows for commissioning parents in a surrogacy agreement to apply for parental leave. One parent is entitled to at least ten consecutive paid weeks’ leave and the other parent is entitled to ten consecutive paid days’ parental leave. This applies to parents who adopt a child under the age of two. The payment of adoption and surrogacy leave will similarly be paid by the UIF.

To a large extent maternity leave has remained untouched by the LLAA. The BCEA states that employees are entitled to at least four consecutive paid months’ maternity leave, which payment is received from the UIF. If the mother suffers a miscarriage in her third trimester or bears a still-born child, she will be entitled to six weeks’ paid leave after the miscarriage or still-birth.

This is a step in the right direction but there is still much progress to be made. In Sweden, for instance, parents are given paid parental leave of 480 days per child, which can be divided between the parents as they choose. Notably, South Africa is the first sub-Saharan country to introduce parental leave for fathers, as well as for commissioning and adoptive parents. 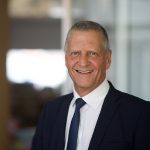 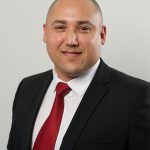