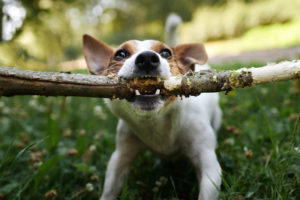 The case of Van Meyeren v Cloete, heard by the Supreme Court of Appeal (“the SCA”), dealt with a dog owner’s liability for injuries caused by his or her dogs.

Cloete was walking down the street collecting rubbish and offering gardening services when he was attacked by three dogs belonging to Van Meyeren. Cloete had done nothing to provoke the dogs and was unable to ward off the attack. It was only with the help of a passer-by, and later the police, that the dogs were chased away.  Cloete was very seriously injured. He survived but had to have his left arm amputated.

The dogs had been able to escape from Van Meyeren’s property because the gate was open. Van Meyeren contended that the gate was always bolted shut and could only have been broken open by an intruder.

In the context of dog attacks, a legal remedy dating back to Roman times called the actio de pauperie, is used.  Under the action where a domesticated animal acts contrary to its assumed gentle nature, the law holds the owner liable.  The court reiterated that the underlying reason for the existence of the actio de pauperie is that it is appropriate for the owner, and not the innocent victim, to bear responsibility for the damages caused.

A few exceptions to the general liability of the owner under the actio de pauperie have been recognised.  The victim will not be entitled to hold the owner liable for their injuries if:

The legal issue that the SCA considered, in this case, was whether the third exception to the actio de pauperie (outlined above) should be extended.  The court asked:   should an owner be exempt from liability for an injury caused by his or her dogs where a third party was merely involved (and not, as in exception three above, in complete control of their dogs).  In this case, the Van Meyeren contented that the actions of a third-party intruder were the reason why the gate had been broken open and the dogs had been able to escape and attack the Respondent.

The court found that this extension of the exceptions to the actio de paurperie was not justified.  The court analysed case law and common law and found no substantial support for such an extension.  In addition, the court said that a development of the existing law must promote the spirit, purport and objects of the Bill of Rights (as required by section 39(2) of the Constitution).   It noted that it was, in fact, the actio de pauperie itself, and not exceptions to it, that promoted important constitutional rights like the right to bodily integrity.

While fault is often an important element in the law of delict, in the case of vicarious liability it is the relationship between the wrongdoer and the party being held liable that is important.  The court found that the alleged intruder had no responsibility to Van Meyeren in relation to his dogs.  Even though the intruder may have broken the gate, thereby allowing the dogs to escape, the responsibility for the actions of the dogs had not been transferred to the intruder. Van Meyeren remained strictly liable.

In summary, the court found that the actio de pauperie was an established legal mechanism for holding the owner of a dog liable for injuries caused by the dog.  It was confirmed that only if (1) the victim is unlawfully present at the place of injury, (2) the victim antagonises the dog or if (3) control over the dog has been completely transferred from the owner to a third party will the owner be able to escape liability under this action.

For further information or assistance in this regard please contact Stephen Koen on skoen@bissets.com.

Bissets WhatsApp:  072 370 0416 – our Client Liaison, Tracy, will put you in contact with the relevant professional.